Way back in the 1960s the US Defense Advanced Research Projects Agency (DARPA) started experimenting with a weird concept. Their idea was to see if computers could be programmed to "think" like humans. The pursuit of artificial intelligence (AI) quietly bubbled away for a few decades as one of the more "out there" branches of speculative tech.

Computers had become considerably more powerful. Robotics had taken giant leaps (that would lead, just over a decade later, to incredible advances like the ketchup robot). And Stanford University had just won the DARPA grand challenge with “Stanley”, a navigation AI that successfully drove a vehicle across the Mojave Desert without human intervention. AI had found its moment to shine.

Somewhere deep in DARPA’s cavernous experimental laboratories, a team of researchers began to explore how AI worked in social simulations. Their hope was to gain some insight into how a small group of AI subroutines might learn to virtually work together as a team. To that end, the researchers created three artificially intelligent simulated people. They called them Adam, Eve, and ... Stan. Because why not Stan?

The idea was simple in essence.

Plug in a few stressor variables and just … you know … see what happens.

At first Adam, Eve and Stan just hung out. But then the programmers taught them about hunger. Every few hours, the three little programs would suddenly experience the ones-and-zeroes equivalent of weakness and discomfort.

And behold! Adam, Eve and Stan realized they were hungry. 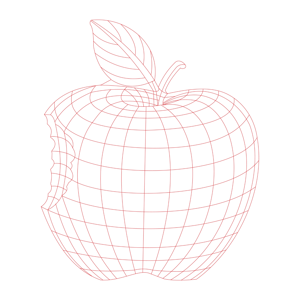 It was at this point that the benevolent DARPA programmers helpfully added a virtual apple tree to their environment. Sure enough, these little programming subroutines decided to nibble on parts of the tree for nourishment. It took a bit of experimentation, but the trio eventually discovered that apples were the best thing to make those bad hunger feelings go away.

And there was much rejoicing.

But then something unexpected happened. Adam and Eve noticed that Stan loitered around the apple tree a lot. One thing led to another, and … well … they decided to try nibbling on a bit of Stan. He was delicious! It turns out that apples were the second best thing to make the hunger feelings go away. In the spirit of efficiency (though not, in the strictest sense, of teamwork), Adam and Eve decided that the optimal solution…

But getting back to supply chain management

This might seem like an odd admission coming from a company that has invested decades of time and insight into building a best-in-class transportation management system (TMS). But despite our confidence that we can outperform any competing TMS on the market, the last thing we’d describe IL2000 as is a software company.

Here’s an example that illustrates why:

A few years back, we began working with a food manufacturing company. For some years prior to IL2000’s engagement, this company had been working alongside another 3PL to manage its supply chain. This 3PL had equipped our client with a suite of digital tools for managing their supply chain and had offered a standard set of services for managing basic shipment tasks on their behalf.

But this company’s supply chain went from bad to worse.

When we arrived, their freight operation was hovering on the edge of complete failure. Almost half of its shipments were arriving late. Customer satisfaction was falling fast. On top of that, freight costs were spiraling. The company seemed unable to secure reliable carriers but couldn’t figure out why – let alone how to fix it.

Here’s how we fixed it 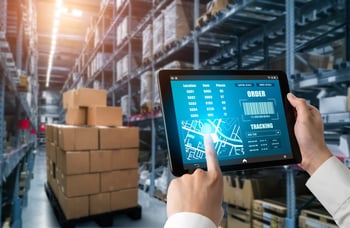 Finding this client’s solution had a ton of moving parts, and for the full story on how we rejuvenated this company’s supply chain, check out our in-depth case study. But one critical underlying problem our new client was dealing with came from a simple lack of human insight. The carrier selection system the company had been using was a decision-making algorithm built around the assumption that carriers would aggressively compete for business.

In the wake of Covid-19 and the Great Resignation, the methodologically-hardwired assumption this 3PL had ingrained into this company’s supply chain was now catastrophically incorrect. Carriers were spoiled for work and didn’t need this company’s business. A simple misreading of the freight market was a critical part of why their shipping reliability had dropped through the floor. And before anything else could touch this company’s problem, we had to fix that.

It seems so obvious once it’s pointed out.

As far as maxims go, “understand the market” is about as basic as “don’t eat Stan.” But that’s exactly the problem with a purely software-driven approach.

As smart as software can be at analyzing patterns from enormous datasets, software isn’t endowed with human intelligence. A TMS can’t replace strategic supply chain decision-making, and leaning on technology to guide important decisions like these invariably leads — figuratively speaking at least — to poor old Stan ending up on the dinner menu.

Want to make smarter decisions about your supply chain? Software isn’t the answer. Not on its own anyway. If your company is relying on a software platform to guide your supply chain decisions, you’re missing the critical ingredient that separates data from actionable insight: human expertise.

For over two decades, experts at IL2000 have helped clients make smart and informed supply chain decisions. (And not once have we proposed cannibalism.)

Software alone won’t solve your biggest supply chain challenges. An expert can. This time next week, an experienced team of expert humans could be performing a thorough (and no-obligation) assessment of your supply chain. Click here to make it happen.

From proactive to rapid response

Since we started operation as a 3PL nearly a quarter of a century ago, IL2000 has invested...