Truck drivers have tough jobs. They transport goods, many critical to survival, over great distances on tight, inflexible time schedules while remaining highly alert to what's happening around them. All without letting the isolation get the better of them.

These long solitary hours, keeping your guard up, and traveling remote and deserted stretches of road can cause anyone’s mind to play tricks. Except when what’s happened is real.

These are some of the great stories and superstitions of the American truck driver. 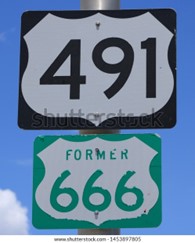 Paranormal events, disappearances and deaths have earned this 200-mile stretch of mostly abandoned road the name 'The Devil's Highway.’

Back in 1926, the 6th branch of Route 66 was completed between Monticello, Utah and Gallup, New Mexico, and became known as Route 666, or the Number of the Beast. One of the most famous roads in North America, Route 666 was plagued by unexplained phenomena for decades until it was renamed US Route 491 in 2003. In the years leading up to its renaming, the statistically high number of accidents and fatalities on Route 666 led to the belief that once you traveled this road, you were cursed.

Historical facts justify the fear, terror and evil felt on this road. Throughout the history of the 666 highway, every accident and death was recorded as resulting from the evil rumored to cloak the road. The unusually high number of events dropped once the road lost its macabre name. Did 491 no longer lure the same evil spirits as 666? Or did drivers no longer experience the psychological fear that something will happen to them while traveling down a highway numbered 666?

There are too many stories surrounding this highway to share them all, but here are two of my favorites.

The Skinwalkers: Shapeshifters of Navajo lore

Yee naaldlooshii (Navajo for Skinwalker) are evil witches who can change shapes and are often thought to impersonate sneaky coyotes. Many claim that these Skinwalkers stalk this stretch of road even today, suddenly appearing as an animal in front of oncoming traffic and causing fatal accidents.

Some believe that the Skinwalkers warn travelers not to continue down a road they believe to be theirs. If drivers fail to heed the sightings after multiple warnings, the evil spirit "shaman" will appear in the vehicle, usually in the back seat, and will cause an accident or otherwise take the life of the driver so the Skinwalker can claim the soul and return to the spiritual world. Or so the legend goes.

Several times throughout history, travelers have disappeared without a trace, leaving no evidence that they had ever even been on this stretch of cursed road. Sometimes a vehicle or other article of property has been found, but the traveler seemingly vanished.

Some lucky drivers do return – many hours or days later – with no recollection of what happened and no concept of having lost time. Imagine traveling down this ominous highway, only later realizing your trip took longer than it should have and being unable to explain the loss of time.

Phantom 309: Not just a country song

You may have heard the 1967 Red Sovine song ‘Phantom 309’ about a haunted 18-wheeler and a hitchhiker trying to return home from the West Coast. But did you know the lyrics were based on an actual event?

The story goes that a hiker, weary from traveling for three days and sodden from the pouring rain, flagged down a big rig at the intersection of two routes in New Hampshire. The trucker, introducing himself as ‘Big Joe,’ drives through the night and drops the hiker at a diner after tossing him a dime for a cup of coffee. Then, he drives off, his rig lost to the darkness.

The hitchhiker sits at the counter, wraps his hands around that steaming cup of coffee and tells the waitress about Big Joe's generosity. The diner falls silent. She lowers her voice, leans in, and tells him that Big Joe was a true truck driving hero – a man named John William 'Pete' Trudelle - who sacrificed himself to save a school bus full of children. Ten years earlier.

On January 29, 1963, Trudelle loaded 4600 gallons of gasoline at the Chelsea River Bulk Petroleum Facility north of Boston and headed to Keene, New Hampshire. As he neared the bridge at the treacherous intersection of Routes 1 and 129, the road dipped and created a blind spot. At that precisive moment on that fateful day, a car was parked on the road – a father meeting the school bus to pick up his children.

There was no way Trudelle could stop in time, so he swerved hard, slid, and crashed into the bridge abutment to avoid plowing into the back of the two stopped vehicles. He was unable to escape the cab before the gasoline exploded in a fireball so intense, the flames buckled the steel girders on the overpass. Unfortunately, the driver of the car, Robert Mayer, was overtaken by the fire, but the school bus driver and children escaped moments before the bus burst into flames.

The city of Troy in Cheshire County, New Hampshire, erected a monument in honor of his heroic actions.

Now legend has it, Big Joe picks up weary hitchhikers at that intersection and helps them on their way.

Truckers spend long days navigating hundreds of miles of unpredictable roads. When they safely finish a run, they heave a sigh of relief and pat their vehicle's dashboard to thank her for a job well done. The ritual has a two-fold purpose – to signify the end of the route and thank their truck for helping them get there.

Also, notice truckers refer to their rigs as she or her, as they believe, much like sailors and their boats, that female trucks will keep them safe. 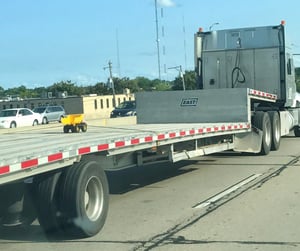 So, you know we’d find a way to pull this back to logistics, so here we go…

Although carriers and logistics providers try to utilize backhauling by planning roundtrip hauls and mapping out routes to ensure goods are transported on every leg of the truck’s journey, this isn’t always possible. Deadheading is when a trucker drives a tractor and empty trailer to pick up a load.

When you see an empty truck speeding past you, look again. Chances are the bed isn't actually empty, as many truckers believe it's bad luck to drive an empty truck. So, what do they do? They tie down children’s toy trucks to their trailers.

Don’t be part of the lore

Truckers have their hands full managing long hauls, solitude, treacherous roads, and unpredictable conditions. Do everything you can to make their jobs as easy as possible when arranging your shipments. Don’t be one of the wild stories they tell about hauls gone wrong. 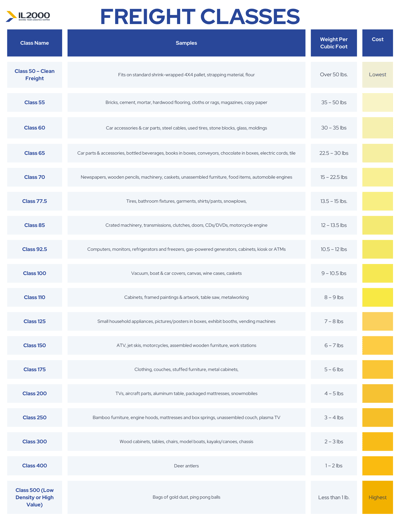 Here’s a short checklist to help you do your part:

In the end, utilizing a customized TMS and entrusting the intricacies of your logistics to a professional team who uses reputable carriers will at least protect your shipments and drivers from the practical unknowns. We’re not quite as confident our TMS can help with skinwalkers.

Get in touch if you’d like to do your part to streamline LTL and TL shipments and lessen the load for America’s truckers.

No, it’s not a Steve Martin movie.

As people spend more time at home during the pandemic, and...

What you should know about freight classification and why it’s important.

If LTL shipping is even a...

The design failures that led to today’s colossal container ships, and why you won’t see larger ships in the future