Coffee, logistics, and the importance of big steel boxes. 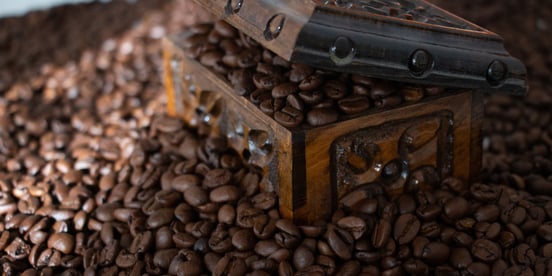 Four in five people reading this article will have a steaming cup of coffee within easy reach. Now this, admittedly, is an entirely made-up statistic. But it’s probably not that far from the truth. After all, as a species we seem to be passionately … greedily … hopelessly infatuated with the bitter tang of heated coffee bean juice — not to mention its quasi-magical ability to keep us up watching Netflix at least three hours after our sensible bedtime.

If you do have a cup nearby, take a look at it for a moment. How did it get there?

OK, you hopefully have a pretty firm grasp on how it got from your coffee machine to your desk. And you’re probably broadly aware that the obsidian elixir at your elbow started its life as an assortment of plump green beans growing in a field somewhere — quite possibly on the opposite side of the world.

But what happened between those endpoints?

And while we’re asking the big questions, how did a bean growing on a desolate rocky plain in a desert somewhere in the Middle East become so ubiquitous, anyway? And what does any of this have to do with logistics? Well, take a sip from your novelty mug of choice and prepare to appreciate the blessed beverage with fresh eyes.

First off, let’s talk coffee. Because there’s some stuff you should know.

You see, coffee might taste as bold as love and as strong as death, but the bean of bounty is actually remarkably fragile. The moment a field worker plucks a coffee bean, a clock starts ticking.

In its natural state, coffee is filled with moisture and will quickly begin to fester and rot. It needs to be processed swiftly. Wait too long and all you have is fancy, fragrant fertilizer.

But even after the stuff is dried, milled, and properly stored, coffee remains hygroscopic, meaning it will quickly reabsorb moisture in the air. This leads to the brown specter that is oxidation, a decay that slowly eats away the bean’s tannins, caffeine, and oils — in short, all the chemically-goodness that makes coffee so unique.

The coffee bean is also deeply impressionable. Put one of these things anywhere near a pernicious fragrance and it’ll absorb that malodorousness right into its flesh, forever marring the subtle purity of its dark, smoky aroma.

The moral of this story? Mistreat the bean at your peril. Bad things happen. Mold. Bleaching. Death-like flavor. Quite possibly the angering of a pantheon of ancient beverage deities.

But coffee’s story also has a twist.

For all its persnickitishness, there’s a good chance your coffee started its life somewhere very far from your home. Despite its fragility and sensitivity, coffee is a world traveler. Crops from all over the world are bought and sold, each strain offering something new and delicious in its pristine state. From delicate and lofty Arabica beans to the earthy kiss and dirty limerick of Robusta, to the mysteriously unattainable smokiness of the ever-elusive Liberica.

So here’s the point — because honestly, there is one.

Like any true love story, despite its deep vulnerability to the world around it, your beverage likely had to overcome great obstacles before it and you could be united — the heaving ocean, inhospitable deserts, and above all, the uncaring tyranny of impossible distance.

To recap, then: Coffee is delicate, and getting the stuff from A to B is incredibly tricky. But it’s delicious, and humans are stubborn — so we want as much of it as possible, as quickly as possible, from as many places as possible.

Logistics 101 (and a caffeine-fueled journey through time)

Which brings us to transportation, packaging, and logistics. You see, as amazing and important an invention as coffee is, this beverage rests atop the shoulders of giants. Coffee as a product exists thanks to over 400 years of innovation.

I realize you have other things to do, so here’s a potted summary (pun intended). Strap in, grab a fresh jolt of caffeine and keep your hands inside the vehicle at all times … we’re about to travel through time and we’ll be moving fast. 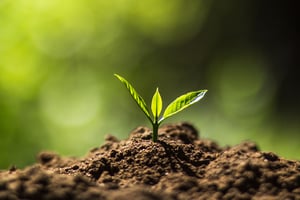 Whew. At this point, we’ll just take a quick breather, and observe that even though logistics and packaging breakthroughs were making coffee progressively easier to move (and sell) the stuff had limited shelf life. No caffeinated act of art, faith, or science could prevent coffee from falling prey to the aforementioned brown specter of oxidation. Canning, grease-proofed paper, better sacks, and drums all came into play in the decades that followed, but these improvements constituted little more than rearranging coffee cups on the Titanic.

At this point in the story, our focus has to shift away from coffee and toward cold, hard logistics. 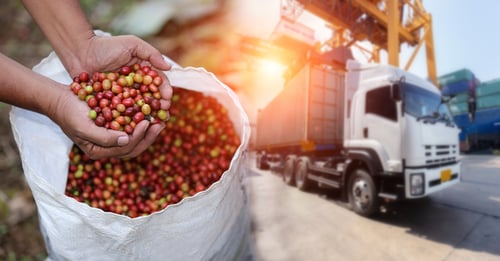 Shipping containers changed everything. It’s hard to overstate their significance to global trade. Big steel boxes are the reason Starbucks can exist. A 20 foot by 8-foot box is why you can go to your supermarket and choose your favorite morning brew from a score of coffee blends sourced from every corner of the planet.
But the significance of shipping containers stretches far beyond the coffee renaissance. Close to 90 percent of the world’s traded goods traverse the ocean, according to the OECD. And well over half of those traded products — your coffee included! — make that long journey inside an enormous, steel container.

And this, at long last, leads us to the big question lurking beneath the story of coffee ... like a molten lump of carelessly dunked Oreo lurking at the bottom of a coffee mug. How can an enormous oblong of tempered steel cast such a long shadow across the history of trade and commerce?

It’s no coincidence that steel shipping containers came into their own during the dark days of World War II. As described in this great article in The Conversation, the US Military needed an efficient way to move large quantities of materiel to the front lines. Time was of the essence. They soon discovered that a standard-sized box meant you could build equipment and processes to speed up transport.

Standardized shipping container sizes mean you can build ships, trucks, cranes, and railway cars to match. You can also build a consistent body of policies, procedures, and workflows to handle identically-sized objects.

It’s an odd thought, but over four centuries, coffee manufacturers were striving to standardize coffee packaging so that they could transform a unique but temperamental bean into a predictable commodity. The missing piece of the puzzle was a big box of unusually predictable size.

We’ve established that coffee is easy to destroy. Temperature, humidity, and even the material it’s stored in have a profound effect on coffee’s texture, aroma and flavor. This probably goes without saying, but coffee fares poorly if improperly stored on an ocean voyage. Add to this the prospect of weeks or even months at sea, and you have a recipe for disaster.

The beauty of a steel shipping container is its versatility. Sure, the exterior is built to a fixed and standard set of dimensions. But the interior can be carefully configured to provide optimal protection of its contents.

A coffee shipping container is internally configured to allow a precise stacking of coffee sacks with minimal air. It’s also insulated to prevent temperature fluctuations from harming the precious cargo as it moves from tropical to non-tropical climes. And to seal the deal (literally), an enormous liner is installed in the container — surrounding the coffee shipment with a hermetic cocoon of moisture and light protection.

It’s all a far cry from a leather sack lined with lard.

And just as crucially as the quality gains, shipping containers have given coffee exporters and importers the option to work at a grand scale, reliably moving coffee in brain-boggling quantities. One shipping container can hold over 20 tons of coffee in bulk, according to the World Trade Organization’s International Trade Centre.

The dilemma of coffee across the ages has always been time. The moment a bean gets plucked, all the technology in the world can’t alter the fact that a clock starts ticking. Unless that little bean hits each subsequent processing stage at exactly the right time, its flesh will be bruised, its flavor ruined, all those brain-enhancing virtues will just slip away, molecule by molecule. No pressure.

Like so many natural perishable commodities that shift from nation to nation and continent to continent on this planet — from fish to fruit to frog’s legs — the critical factor is time. Shipping containers buy us that time. Thanks to containers, coffee growers, processors, and retailers get the vital window of opportunity they need to make sure the coffee you drink stays worth the drinking.

For four centuries, our species has been looking for ways to slow down coffee’s oxidation clock. Shipping containers offer a reverse solution by massively accelerating supply chains — not just for coffee but for almost everything we buy and sell.

By now your mug of coffee may well be on its last legs. But if you have a little left, we invite you to gaze into its murky depths and ponder the odd truth that coffee would forever have fallen short of its potential if someone had not invented a bigger, better steel box.

And if you’re looking for similarly ingenious solutions, give us a call! We’re supply chain experts with decades of experience in finding smarter ways to move products. And we promise, none of our solutions involve a leather sack lined with lard.

From top shelf to shopping basket

Consumer packaged goods (CPG) — you know, all those goods that consumers use up and replace...

The handshake between Procurement and Supply Chain Management

A tale of empty shelf panic, pandemics, and life or death supply chains

A man stumbles out of a dense rainforest into a village clearing. He sways on his feet, sinking to...